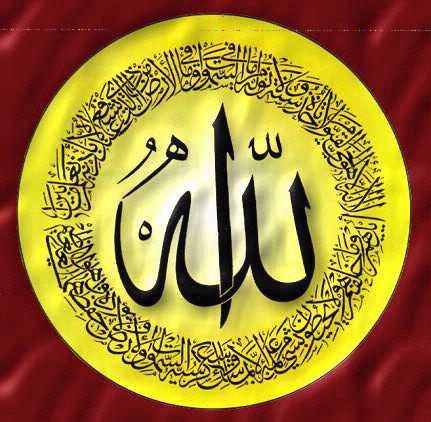 I am a hermaphrodite and am known here in my Moroccan village as the “half-man”.  When people see me, they wonder if I am a man or a woman.  I am a question mark.

When I was born, I had a micropenis and my father never accepted me.  Most Moroccans want their first child to be a boy so that the family name will be carried on.  But I was not what my father wanted and he was very violent with me.  My mother, however, never treated me like a “half-man”.  Still there have been many arguments in our home because of me.

My childhood was very difficult.  I was always alone: I didn’t play with the boys or the girls.  I looked at them from a distance.  Neither group accepted me.  With my brothers and sisters (who were born after me), things did not go well either.  They never accepted me.  So, I had no one to talk to.  I was alone in my own world.

I was exceptionally gifted in school and received my diploma.  Then, I had to go to the college which was a boarding school 30 kilometers from our home.  But I had a very hard year and I could not continue.  I quit in 1985.  In the dormitory there were 54 boys.  I did not feel comfortable with them.  I could not sleep at night.  I couldn’t take a shower because I was afraid of taking my clothes off in front of them.  I didn’t dare use the toilets there either because I have to sit down and the stalls didn’t have doors.  They made fun of me and the boys would fondle my breasts out of curiosity.  They asked me all kinds of questions that I don’t like to answer.  All kinds of “why’s” and “what’s that?”.

I have trouble getting to know and like people because of their glances and questions.  I don’t like to travel.  I don’t like crowds.  I didn’t even attend my sisters’ marriage ceremonies.  I have never moved from our family home.  I live with my mother, and my sisters and brothers.  My father is dead and I was the only one to take care of him when he came down with a serious illness.  When he was near death, he asked me to forgive him and I cried because all my life, he had never been nice to me.  My brothers and sisters still won’t accept me.  One day, one of my nephews asked me to stop coming to get him at school because the other children were making fun of him.  They were saying that he had an “uncle with big breasts and who looked like a woman”.

Recently, I wanted to undergo medical treatment to become a “real man”, with a beard and to remove my breasts.  I had never seen a doctor about this and no one had ever given me any treatments or medications.  A year ago, I went to see a gynecologist.  For the first time, someone looked at my genitalia but he did not seem to care about my situation.  I wanted to know if I was a man or a woman but the doctor told me I would have to have a lot of tests, an ultrasound and then go to an endocrinologist.  However, that was far too expensive.  No one could help me.

I tell myself that God created me and that I should be proud to be who I am, proud to be a man in a woman’s body and I have given up the whole idea of undergoing any type of medical treatment to change my appearance.  I have to live in the present and forget the past and my future is in God’s hands.  It is He who will guide me and lead me down the right path.  That’s for sure.  Everything has an end and we do too.  We all have an end and I have suffered all my life and I know that the suffering will come to an end.  I know that God will reward me in paradise.

Islam proves the existence of hermaphrodites.  However, in France, you can only have males and females – no third sex.  A hermaphrodite from France told me that in your country, they change hermaphrodites at birth so that they will be either male or female, whereas here in Morocco, there are many intersex people like me who have never undergone any surgeries or hormone treatments.  Here we are easily spotted.  It’s not like in France where they are changed: the effects of testosterone cause drastic changes!

But being a hermaphrodite is still very hard and it is hard for those close to you, your family and friends.  We are not accepted and we even do not accept ourselves.  I have been looking for friends for six years here and still it is impossible.  I have never been able to find a man or woman to love.  I am afraid of their reactions, especially the people here where I live.  However, I do know that I need to love someone and have someone to share my life with; the sex of the person doesn’t matter.

This is a service of the Organisation Intersex International