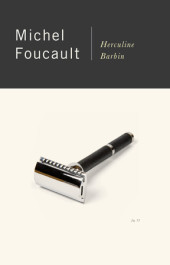 Today, Sunday 8 November, has been dubbed international 'Intersex Solidarity Day', to raise awareness of the existence of intersex people and the issues they face.

South African Olympic runner Caster Semenya, 18, made headlines recently when the results of a gender test outed her as being intersex. The Intersex Awareness New Zealand network believes more than one in 2,000 people in the general population also have genetic and physical variations placing them in between male and female.

"Imagine one end of the bench represents being 100% male, the other 100% female and you can't sit either end, you may be intersex," says Intersex Awareness NZ. "If so you are not alone, 2000 other New Zealanders are sharing the middle with you."

Wellington-based psychotherapist Mani Mitchell, who is herself intersex, told her story in the latest issue of Marie Claire magazine - describing how her mother was told Mani was a 'hermaphrodite' when she was born, and shoes to bring her up as a girl.

"I don't see myself as exclusively female or male, but I also know generally how uncomfortable the world is with difference," she explained.