Intersex Surgery - Beginning of the End? 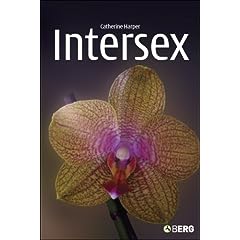 Posted by OII-New Zealand
Could the battle to end cosmetic 'normalising' surgeries on the genitals of intersex babies be drawing to an end? The portents are good if a Times on Line report is correct. In an article titled Caster Semenya and the middle sex, Times journalist, Helen Rumbelow has revealed a ten year long 'experiment' conducted under a cloak of secrecy by Britain's National Health Service.
According to the Times the British 'experiment' began after Gynaecologists, Catherin Minto and Sarah Creighton published ground breaking research on the surgical impacts on women with CAH, in the Lancet. [HERE]
"As a gynaecologist at University College Hospital, she (Creighton) was the first to set out to compare those whose doctors had, at birth, attempted to “normalise” their genitals, and those who had no surgery. Nobody had followed up on patients in the past, as, cloaked in secrecy, doctors had concealed the truth from parents and child."
As a result, claims the Times, British parents have been discouraged from surgery purely for reasons of social acceptability, for the last decade, leaving it up to the child to make their own decision in their own good time.
If this means what it appears to mean only those surgical interventions necessary to protect the life or long-term physical health of the baby are performed. This reflects the position intersex advocacy groups such as OII, and individuals such as Professor Milton Diamond, have argued for years.
Creighton's research showed that CAH women who had avoided surgery were no worse off, and in many cases better off, than those who had been subjected to it. In an interview Creighton told The Times, "We (Britain) are leaders in this field, worldwide, in terms of disclosure to the parents and child, and challenging surgery."
If these revelations are correct then other countries around the world will be watching and waiting. The anticipated results may be published earlier than expected. The media feeding frenzy around Caster Semenya has driven the British experiment into the open, according to Professor Adam Balen, consultant gynaecologist at Leeds General Infirmary.
Intersex activists would argue that there was no reason to keep it secret in the first place. Not unreasonably they might point out that the real experiments were the cosmetic 'normalizing' surgeries and the bizarre pediatric gender assignments, with their attendant deceptions and dishonesty.
Now there may be room for cautious optimism. Intersex people are not unused to hidden medical agendas. But if the surgeons, the sexologists and psychotherapists can bring themselves to admit they got it wrong, this battle at least may be drawing to a close.
Times Article: HERE
Posted by OII: http://www.intersexualite.org/ at 4:08 AM