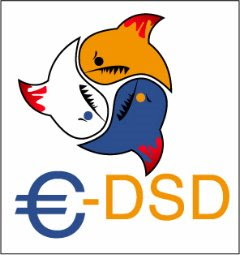 By Sophia Siedlberg.
© 8 March 2009
Euro DSD, an organization set up only recently by one Dr. Olaf Hiort, now seeks to keep tabs on women with XY chromosomes. The most obvious question would be why do this. The answer is actually very simple: Euro Dissed consider XY women to be "Deformed men" and wish to keep tabs on them for reasons that ultimately involve legal and medical definitions of what makes someone male or female.
As a motivation in itself that has some unsettling undercurrents, but Dr Olaf Hiort himself has also in the past come under criticism for allegedly collecting patient data by less than honest means, and also for completely ignoring the concerns of patients when he was found out. All this seems to have happened in German Speaking countries over the past 5 or so years.
Today Dr Hiort seems to think that the support groups and individuals who felt misled by him are not going to notice that he is up to his old tricks again only this time in English speaking countries in Europe. Unfortunately for Dr. Olaf Hiort, many intersex support groups have a multilingual membership and they have noticed what he is up to.
So what is Dr Olaf Hiort really about? Well, it has a lot to do with defining intersex people as "Dysgenic". Why else would he be trying (Constantly) to collect the information he does? (Which has profound legal and medical consequences when the information is misused).
You only have to look at the Euro DSD system of "Work packages" to see what Hiort is really up to. Two of these "Work packages" are exclusively dedicated to studying the characteristics and effects of male hormones. (WP03 and WP04). One of these "Work packages" is about identifying novel genetic markers in XY women (WP02) and one is referred to by a Kellogism "Steroid Metabolomics" (WP05, I assume that this means something to do with the underlying genetics of steroid metabolism). The remaining two (WP01 and WP07) are essentially administrative in nature.
The "Work packages" WP03, WP04 and WP05 seem to be about identifying people as "Dysgenic males" with a clear emphasis on androgenic hormones. Why the male bias one asks? Well the answer to that lies in the title "Euro DSD" and the following "mission statement":
"The aim is to provide as much information as possible about the underlying biological aberration, but also about the possible outcome of given distinct disorders. Long-term outcome studies on the various DSD entities are desperately needed in order to establish a basis for evidence-based medicine regarding sex assignment and conservative and surgical treatment options. Irreversible interventions have to be avoided before an accurate diagnosis can be made. In the past, premature decisions already led to severe disturbances in patients and families (see patient contact groups under Useful links). "
When you read that, you are made to understand, without the slightest shadow of doubt, that Dr Hiort regards most if not all intersex variations as "Abberations" and states that some approach to assign sex (In a punitive manner?) is "Desperately needed". The male bias seems to have emerged from the huge great con trick peddled by Cheryl Chase, alias Bo Laurent, alias Bonnie Sullivan, alias Charlie Sullivan in the 1990's that claimed that Dr John Money assigned all intersex people to the female sex. When that particular con trick was pulled, the Clarke Northwestern clique of "Experts" (Who are obsessed with "Male homosexuality") magically appeared trying to sell research projects that would use intersex people as laboratory rats to find genetic markers for "Male homosexuality". Suddenly those "Work Packages" make very grim sense.
Dr Hiort wants to create a "DSD Register (And the language of that does read like some sexologist proposing a sex offenders register). When you scratch beneath the surface of Euro DSD you are always drawn to the same underlying concept, social eugenics.
I imagine Dr Hiort is not going to be all that happy with my stating that what he is really doing is social cleansing. But then Dr Hiort is someone who is rather used to such accusations which have often been invoked by his less than honest activities. Like others from the "DSD crowd" he has been very underhanded about how he collects patient information, very unsettling when writing about what he wishes to use this information for, and very quiet when confronted about it.
Hi interest in epigenetics is curious to put it mildly. Any geneticist worth their salt will tell you that this is a theoretical framework focusing on how genes are expressed. (This is a long story) but it does lend itself to abuse in pretty much the same way eugenics did.
So I now challenge Olaf Hiort to explain himself, because in all honesty "Euro DSD" looks a lot like Tiergartenstrase 4 and the philosophy behind it does look like social cleansing. Dr Hiort has only himself to blame when patient groups treat him and his colleagues with increasing suspicion. Dr Hiort has a month to start explaining and if he does not, then all his less than ethical activities will be investigated and documented.
This article is available on OII's website: Click here
This is a service of the Organisation Intersex International
Posted by OII: http://www.intersexualite.org/ at 7:11 PM