Kenyans and the man-woman thing 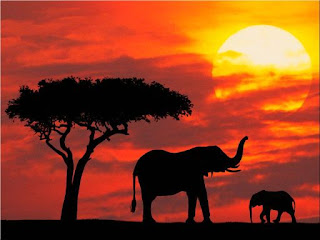 We tend to dismiss the issue of difference by casting it in moral or cultural arguments. I know that many intersex babies in Kenya have operations the moment they are born, here the decisions being made by the parents. As one would imagine, the majority of these babies end up being male. Problems crop up later when the adults want to reverse those decisions by their parents. It is also common knowledge that intersex grown ups who seek operations after making their own decisions invariably find surgeons who ask them to seek the permission of their parents, their adulthood notwithstanding! It is not that as Kenyans we do not know this problem. We do. We seem to refuse to treat it with the humanity it deserves.

We are also a very homophobic nation, although I believe we have not reached the horrific levels of Uganda’s President Yoweri Museveni and Zimbabwe’s Robert Mugabe. Do we regard LGBTIQ (lesbian, gay, bisexual, transgender, intersex and queer) people as human beings who are simply different? Can we on any legal or moral basis argue that gay people should be killed on the basis of their sexual orientation? Should we condone discrimination in whatever form on the basis of sexual orientation? What do we do when our relatives are gay? Do we announce from the rooftops that they are sick and unmitigated sinners? Why should we play God in these matters? The foremost bastions of homophobia in many countries seem to be religious institutions although I am sure they have no problems pocketing the offerings of gay people.

We need, as a nation, to correct the issue of discrimination. As we discuss a new constitution we may want to discuss these issues of difference and discrimination. Most of the gay groups in East Africa are founded by young people who crave for understanding and respect for their rights to be different. Cursing people who are gay, killing them, discriminating them in jobs, housing and in health will not make them disappear. If we are, indeed, religious we need to accept God’s role in the creation and in the difference and at least discuss the issue. I believe the first place where we should start this discussion is in the family and cultivate understand that can perhaps permeate to the rest of society.

One final word of advice to all Kenyans who want to stand up and be counted in the struggle for equality and rights of the sexual minorities is the realisation that you do not have to be gay to protect gay rights.

I wonder if Semenya was Kenyan we would have flocked the JKIA to welcome her. Her family, relatives and the wilder society in South Africa glorified her victory. May be Semenya’s controversy will keep Kenyans thinking through these broader issues and not the gold medal. Thank you Semenya!